Browse: Home   /   continuing success for fisadorelli at the POPAI Awards 2015

continuing success for fisadorelli at the POPAI Awards 2015 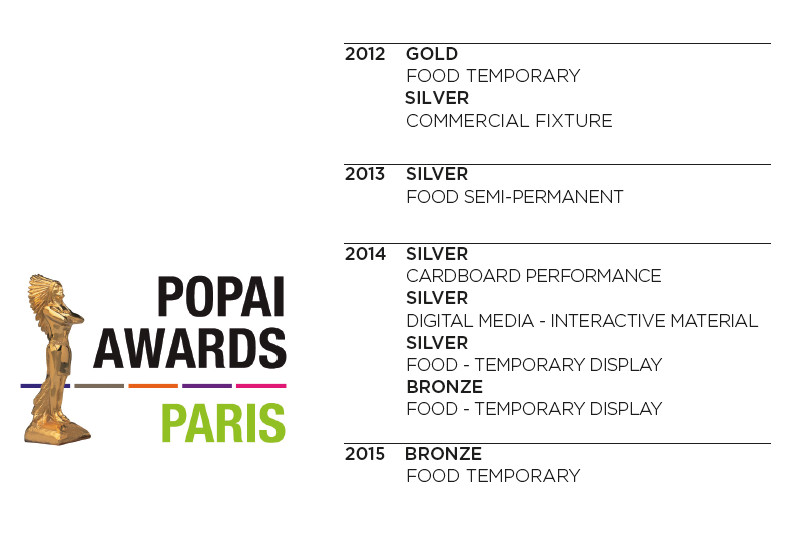 fisadorelli confirms its uninterrupted international success with another award at the gala ceremony held at the Wagram hall on 18th June.

POPAI Awards are the most sought after ackwoledgements for the design of POP materials. Their story goes back to more than fifty years ago.
A commission of more than 120 marketing and retail experts evaluates over 300 creations coming from over 12 countries according to the criteria of aesthetics, innovation, quality and originality of the creation, general impact and effectiveness on the point of sale.
This year award is the bronze statuette given to the floor display Nutella anniversary – ready to selfie competing in the category food temporary.

“First of all such important international awards are dedicated to our customers for whom we developed these ideas. We interpret what our clients are aiming to, we propose and realize ideas; we can reach outstanding quality through the resources of our customers, their desire of innovation and their wish to attract clients to the point of sale in a constantly new and original way. Our thought goes also to all those who took part in this work, from those who offered imagination and creativity at the initial stage of the project to those who made sure that all the shipments were punctually delivered. Many were involved in between. Finally we would also like to thank our longstanding suppliers of outsourcing services who in some cases are very small in size. We are proud and honoured that the imagination, creativity and high ability of industrial projecting of our territory reached an international visibility. This encourages and stimulates us to maintain the highest standards in which we firmly believe.”